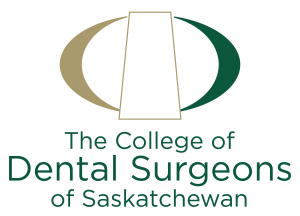 The opening of the West was the dominating feature of the 1880’s and dentistry followed the development of the country. The first name registered in the permanent register of the College of Dental Surgeons was that of Frederick Davis Shaw. In 1885 he applied to the Northwest Territories Council at Regina for permission to open a dental practice. He then set up a regular schedule to provide dental services to the centers of Fort MacLeod, Pincher Creek and Lethbridge.

Lorenzo D. Keown and his brother William set up practice at Regina in the year 1886. Feeling that Regina had no future, Lorenzo moved to Moosomin where he practiced for the next half century. His brother William remained in Regina until his death in 1899. Lorenzo Keown served on the Saskatchewan Dental Council for twenty-five years. In politics he was a life-long Conservative and was instrumental in organizing the party in the Northwest Territories.

The Northwest Territories Council adapted an Ordinance for the control of dental practice in 1889 which only became a workable measure after amendments secured by the persistence of Walter D. Cowan of Regina. Dr. Cowan was to become the first president of the Northwest Territorial Dental Association, a position he held during the life of this Association and carried forward in the early years of its Saskatchewan successor. Dr. Cowan also became the first secretary of the national organization known as the Dominion Dental Council which was formed in 1905 with representation from all provinces and the Northwest Territories. Along with his interest in dentistry, Dr. Cowan served as mayor of Regina being first elected in 1916. He later was elected and served as a Member of Parliament.

In the 1930’s and 1940’s various reports indicated that the dental health of the people of Saskatchewan was amongst the poorest in Canada. The reasons given included a low appreciation of good dental health on the part of the citizens, a preoccupation with the depression years, the dirty thirties, the Second World War, and the fact that there were only four dental schools serving the needs of all of Canada. Initiatives to attract dentists to the province included government funding to cities such as Regina, Saskatoon, Swift Current, Estevan, and Weyburn to allow them to provide dental services to children. Only the program in Health Region 1, in the City of Swift Current survived and had any impact. In 1961 an overseas recruitment program was initiated where advertisements were run in newspapers in Britain to attract dentists to the province. A recruitment team was sent to Britain to interview possible immigrants and airfares would be paid for these dentists and their families to relocate to Saskatchewan. This program resulted in three dentists establishing practices in the province.

Training bursaries were made available to students and establishment grants were also offered to try to alleviate the shortage of dental professionals in the province. In spite of these efforts the dental manpower situation remained poor and other measures were initiated. In July 1962, an observation mission was sent to New Zealand to study and report on the dental nurse training program and the school-based dental service. The three observers submitted separate and disparate reports concerning the desirability of emulating this type of program in this province. The result was that a pilot project known as the Oxbow Project was established to evaluate the provision of dental health education, preventive services and treatment services rendered by a team consisting of a dentist, two dental nurses, three dental assistants and one receptionist. The federal as well as the provincial government provided funding.

The Senate of the University of Saskatchewan approved establishment of a College of Dentistry in March 1965. The first academic staff was appointed in 1965, the first class of ten students was admitted in 1968 and these students graduated with the Doctor of Dental Medicine (DDM) degree in May 1972. Graduates from the College of Dentistry now account for over two-thirds of the general practicing dentists and over one-half of the specialists in our province.

The legislation, which governs the dentists, is known as The Dental Disciplines Act. Hygiene, dental assisting, dental therapy, denturism, and dental technology are the other disciplines under the same Act. The body that licenses dentists is The College of Dental Surgeons of Saskatchewan. The governing body of the College is the Council which consists of seven dentists elected by the membership and two consumer representatives appointed by the government. Terms on Council are two years in length, excluding the consumer representatives and there is no limit to the number of times a member may seek election.

Use our Registry to search for a Dentist near you.

If you have concerns about a dentist’s service or conduct, we are here to help.